I was made acutely aware of why text marketing IS the best bet when it comes to marketing especially for retailers.  After spending the morning running errands, I returned home, sat tiredly at the table and began to sort through the mail that was left there from yesterday.  In it was a 10% off entire purchase coupon…for a retailer I had JUST VISITED that morning.  While sitting there, bitter and sorrowful, I wished they had used text marketing to simply send that to my cell so I could have had the coupon with me.

How many times have you forgotten to print a discount code, cut out a coupon, or lost the little booger somewhere in your purse or with the zillions of other coupons you cut out?  Now think about the many times that has happened to YOUR customer with YOUR coupon.  You know, the one you sent in your e-newsletter?  How many people don’t go, get something else (from a competitor, no less) or don’t engage because of a lack of incentive on your part? 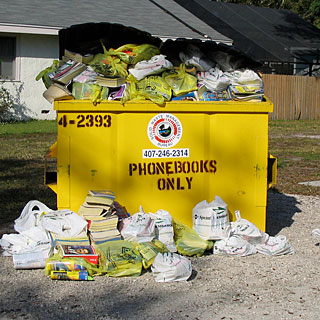 Text marketing makes it easy to go to your customer where they already spend a lot of time – their cell phones.  It’s simply a no-brainer.  There is simply no other mobile media that gets that much attention.  I dare say it has as much if not more eyeballs than Facebook.  Instead of, more or less, flushing your marketing dollars down the toilet with yet another special ad in the phonebook (A phone what?!?), try text marketing for a year and see which generates the most leads.