You are here: Home / Brand Management / So You Want to Go Viral

Now if you’re a small or mid-sized business you might be experiencing a sinking feeling inside.  Whether or not that stunt will turn into a huge uptick in sales for Red Bull, it did put them “on the map” with the huge PR and media blitz.  You might be sitting there thinking that you don’t have millions of dollars laying around to take on worldwide attention, let alone your local market, in some sort of huge marketing campaign.  But the truth of the matter is that in this social era you don’t need millions of dollars to go viral.

Do good work.  All the time.  It’s what people expect.  But every now and then do something awesome, above and beyond the usual.  Maybe you send engagement greetings and a gift card to a new fiance who is a client of yours.  Or a stuffed animal, balloons and a get well card for a client’s sick child in the hospital.  Do these things enough and the word will get out – this business, if anything, is full of good surprises.

You can even focus some of that goodness internally and really treat your employees well in the same random manner.  Whether we like to believe it or not, employees talk.  When they do, you want them to be talking about how awesome it is to work for you. 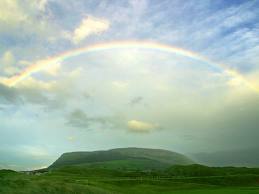 I feel the need to throw in a disclaimer before ending this in all hearts and rainbows.  In reality, you can’t please everyone all of the time.  There will be the ticked customer or disgruntled employee.  But social media gives you a channel to address those things in a kind and understanding manner.  You don’t have to sit back, helpless, and watch your reputation get trashed because you don’t have a full blown PR office in place.  You can address the situation on an equal footing.

Would it be nice to have millions of dollars and 7 years worth of prep to garner the attention of the world?  Yes.  But as a small business you’re not without your options to do the same on a shorter and smaller budget.