This week we’re continuing with our analysis of digital marketing – what it encompasses, how it all works together and why you should be using it in your total (offline) marketing strategy.  In Part 1 we talked about what digital marketing is and includes.  As a recap, I define digital marketing as the marketing that occurs online or via mobile device to result in an offline or online action by the potential customer. This week, I’m going to break down the parts that digital marketing so you can understand 1) how important that individual piece is, and 2) how it works with the other parts to complete the digital footprint of your business.  The segments we will discuss are search, content, social, email and mobile marketing. END_OF_DOCUMENT_TOKEN_TO_BE_REPLACED 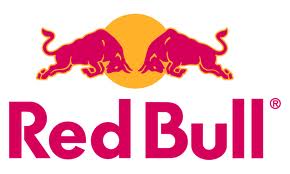 Now if you’re a small or mid-sized business you might be experiencing a sinking feeling inside.  Whether or not that stunt will turn into a huge uptick in sales for Red Bull, it did put them “on the map” with the huge PR and media blitz.  You might be sitting there thinking that you don’t have millions of dollars laying around to take on worldwide attention, let alone your local market, in some sort of huge marketing campaign.  But the truth of the matter is that in this social era you don’t need millions of dollars to go viral. END_OF_DOCUMENT_TOKEN_TO_BE_REPLACED

So you finally caved in and created a Facebook page (and not a profile page, right?) for your business.  And then along came

Yes and depending on your budget and industry this can be a plus for your business.

END_OF_DOCUMENT_TOKEN_TO_BE_REPLACED

For someone that makes a living managing social networks for businesses, this

will sound like a contradiction…or at least a very public suicide.  But the truth must be told – businesses will do better with a more hands-on approach when managing their social profiles.

Now before you run off all the reasons why you can’t be bothered with it, let me give you a few reasons why simply leaving your social media up to an agency is not always the best way to go. END_OF_DOCUMENT_TOKEN_TO_BE_REPLACED