This week we have a guest post by Pamela Rodriguez of Terhune Copywriting on, what else?  Content!

But what exactly does that mean? If you want me to get technical, the definition of content according to the Content Marketing Institute is:

A marketing technique of creating and distributing relevant and valuable content to attract, acquire, and engage a clearly defined and understood target audience – with the objective of driving profitable customer action.

In other words, we write awesome stuff that people will want to read, comment on, re-post and re-tweet, and then, because they now think we’re so cool, will make a purchase and tell all their groupies about how cool we are so they buy from us, too. END_OF_DOCUMENT_TOKEN_TO_BE_REPLACED

I recently read a post by Jay Baer about Google+ where he acknowledged that it had a fighting chance in gaining some social network dominance.  The whole article was well-written and you should check it out, but he said something at the end that jumped out to me.

I’m not predicting the death of Facebook (or even Twitter), but smart companies will spend some time this summer making sure they’re focused on how to BE social, and not how to DO social on a particular platform. Because eventually, the tools always change online.

Absolutely LOVED this!  Because in the end social media is not about the tools used, but about the culture needed to actually make those tools work toward your advantage as a business or even personal brand.

So what does it mean to BE social as a business?

Humanize the business.  We all know that it doesn’t run itself.  Who are the faces that make it up?  The personalities?  The

culture?  Help your potential customers to get to know you – and vice versa.  Talk about stuff that might interest the reader (and no, it  is not just your product/service).  The goal here is to grow this new relationship – and you can’t do that by only talking about yourself.

Relax a little and let your hair down.  Even if the business culture is a little starchy based on the industry (i.e. Financial planning or accounting for instance – those are definitely not fun, but I may be biased) a little dry humor or wit can go along way into making the human side of the business likeable.

Be transparent and honest.  If you screw up, that’s o.k.  Acknowledge your mistake and take steps to make it better.   Don’t hide from negative press or irate customers.  Face it.  Use the golden rule and try to make it a win-win for everyone.  While some people can never be pleased, at least others give you credit for your attempts.  If you you’re going to do something, do it.  Give people a reason to trust your business.

Doing these 3 things will give people the basic foundation of a social relationship – to know, like and trust your business.  And no matter what platform or social tool you use, the people will follow.

So maybe you’ve heard a little bit about Google+ floating around on the Internet and you’re wondering if you should be paying attention.  After all, you’ve finally got dragged, kicking and screaming, into creating a Facebook page and you barely know what to do with that let alone join another social network.  You’ve already been sold on the importance of social media to your business.  Is Google+ something you should be looking into as a small business owner?

What you should do right now about Google+?

Currently, Google+ does not allow for business pages – only personal ones.  However, it’s a good idea to get on it and play around with it to get used to the slick user interface.  Right now it’s by invitation only.  If you email me, I’ll be m 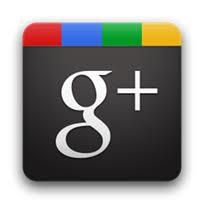 ore than happy to send you an invite.  Rumor has it that Google plans to open it up to everyone by the end of the month.

Google does plan to release a way for businesses to get in on the action.  Frankly, if they tied that in with Google Places, it would totally rock!  (Sorry, just the geek in me getting excited).  That would make it even more important for all the brick-and-mortar businesses to claim their place/profile on Google.  If you haven’t done that yet, get on it!

“But what about later,” You may be asking, “Does Google+ really have a chance against Facebook?”

The short answer is yes and here’s one huge reason why.  Google+ has a public view.  You don’t have to have an account already.  No one has to sign in to view your page.  It’s best described as a Facebook/Twitter mashup.  You can hold private conversations (on the personal accounts anyway), but a public page is going to do wonders for how your business shows up in search results.  Social media and search marketing are already growing more and more intertwined.  Who better to mash the two together than the search giant themselves?

Now granted this is all still new and Google is quickly adjusting, modifying and adding things to G+ as we speak.  And it is yet to be seen how the adoption rate is for the average consumer.  But my guess is (and the rumbling on the Internet is) that Google has finally produced a social network with a fighting chance (compared to their previous attempts) and that people should take notice.  I’ll be keeping an eye on the ins and outs of Google+ and will be sure to keep you posted on what it means to small businesses.